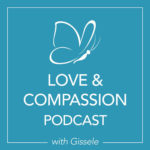 Join me as I chat with the wonderful Avital Miller about her journey in healing herself from a chronic condition using natural methods.  In this conversation we talk about her journey in learning about her diagnosis, and hearing stories of individuals who healed themselves in magical or miraculous ways.  Avital shares the key themes she discovered while chatting with survivors as well as discusses how compassion and love fit within healing.